I. Metaxàs, in government since 1936, established a dictatorial regime on the fascist model, but in October 1940 rejected the ultimatum of B. Mussolini which imposed on Greece the military occupation of strategic bases in Greek territory. In the conflict, the Greek people effectively resisted the Italian forces, despite the technical and numerical inferiority, until the German invasion. After the armistice (April 23, 1941), the Germans entered Athens, establishing a collaborationist government, while George II and the government fled to Crete and then to Cairo.

The allied offensive began, the resistance took effect in the second half of 1943: the EAM, the National Liberation Front expression of progressive political and trade union organizations, and its armed arm ELAS (People’s Army of National Liberation) were already in control large areas of the country when, in the autumn of 1944, the Allied landings began there. After the liberation, the internal political situation quickly went into crisis: a compromise attempt with the English mediation failed (Vàrkiza agreement, February 1945), civil war broke out between the partisan organizations of ELAS and EAM, supported by the party communist, and the government forces in support of the restored monarchical regime (with the referendum of 1 September 1946).

From the 1950s to the military dictatorship

Mostly ephemeral coalition cabinets alternated until 1956, when K. Karamanlìs, at the head of a new party (Radical Union) won the majority in the elections. In foreign policy Greece supported the aspirations of union of the Cypriots, putting in crisis both the relations with Great Britain and those with Turkey, because of the Turkish Cypriot minority. In 1963, when Karamanlìs resigned, the elections saw the victory of the Union of the Center and the consequent formation of the government of Greece Papandreou, whose progressive and detente policy towards the left raised strong opposition among the conservatives. The accession to the throne of Constantine II (on the death of Paul I, 1964) accentuated the virulence of the clash, which ended in 1965 in such a conflict between the king and Papandrèu as to lead the prime minister to resign.

The result was a long political crisis which resulted in a coup in 1967 that gave rise to a dictatorial regime, led by the military junta formed by Greece Papadòpulos, S. Patakòs, N. Makerèzos. An attempt by the king to regain control of the situation with the help of the army failed and Constantine fled into exile. All opposition having been crushed with the arrest of the most prominent politicians, the sovereign was replaced in his powers by a regent, a member of the military junta (1967).

In May 1973, the mutiny of a unit of the navy provided an opportunity for the government to proclaim the Republic, to whose presidency Papadòpulos was appointed; in November of the same year the workers’ protest was associated with the student occupation of the Athens Polytechnic. The brutal reaction of the regime to the student and worker demonstrations that followed opened a crisis in the government, but only the following year, following the setback suffered in Cyprus (the Greek military regime tried to overthrow the Cypriot president Makarios, suffering a severe reaction Turkish military junta), the military junta was forced to resign and the former conservative premier Karamanlìs was recalled from exile, who formed a government of national salvation and restored liberties and democratic institutions.

After the death of Theodosius (395) Greece was part of the Eastern Empire. Although it maintained a certain cultural dominance for a long time, it remained a province of little economic and strategic importance, also due to the effect of pirate raids and epidemics that struck it in the 3rd-4th century. It was therefore easy prey of the invasions of the barbarians, who between the 5th and 8th centuries. they founded stable colonies there, followed by the immigration of Wallachians (Thessaly), Albanians and Jews. The iconoclastic controversy opened by Leo III (726; ➔ iconoclasm) deepened the contrast between Rome and Byzantium, which in 1054 joined the Schism by breaking away from the Church of Rome. In the shorter term, the edict against the images provoked the uprising of the Greece and the Cyclades who proclaimed an anti-emperor who attempted the conquest of Constantinople, but the revolt was suffocated.

Since the early Middle Ages there was a noticeable progress, not only agricultural but also artisanal and urban, with a social physiognomy characterized by an absolute economic and political prevalence of large land ownership, and by the concentration of the monopoly of culture in the hands of a restricted ecclesiastical aristocracy, bearer of the Greek national sentiment against Roman Catholicism and with an anti-Byzantine function. The political-military crisis of the Empire was at the origin of the Arab occupation of Crete (826-961); of the temporary occupation of the Greece continental by the Bulgarians who rose against the emperor Basil II (976), up to 981; of the Norman raids in the 10th-11th century. On the occasion of the 4th crusade, conquered Constantinople, the crusaders invaded the Greece between 1204 and 1205, while the Venetians occupied the islands; with the introduction in the Frankish and Venetian domains of the particularistic institutions of Western feudalism, the history of Greece lost all unitary significance; arose the principality of Achaea in the Peloponnese (which changed its name to Morea), the Kingdom of Thessalonica, the duchy of Athens and other minor fiefs; the Venetians submitted to their direct dominion the Ionian islands, Meton and Corone in the Peloponnese (in 1388 they will also found colonies in Nafplio and Argos), Crete and Kythira, instead entrusting the possession of Euboea to members of their aristocracy (Negroponte), of the Cyclades, Stampalia, Karpathos. In an antilatin position, the Byzantine Michele Angelo Comneno constituted the despotate of Epirus, which absorbed the Kingdom of Thessalonica in 1223.

During the second half of the 13th century. much of the Peloponnese was again in the possession of the rulers of the reconstituted Byzantine Empire of the East, which in the 14th century. they entrusted the government to a prince of the ruling dynasty with the rank of despot. The Ottoman dominion (which established itself over the whole Greece continental from 1460) re-established territorial unity, but marked the beginning of an era of oppression and misery, the consequence of an administrative order inspired by exclusively defensive and fiscal needs. The progressive conquest of the islands, except Tínos, was completed by the Turks with the occupation of Cyprus in 1571; remained Venetian Crete, until 1669, and Corfu, Kefalonia and Zakynthos until the fall of the Republic (when they passed to France, 1797). Venice took advantage in 1684 of the Turkish difficulties in the Danube basin to attack the Morea, recognized by the Treaty of Carlowitz (1699), but returned it to the Ottomans in 1718.

During the 18th century the improvement of the general conditions did not eliminate the reasons for intolerance for the Ottoman domination, so that the influence of European culture and the action of the Orthodox Church led the Greeks to open revolt. This found its heroic guerrillas in the clefti, and its leading cadres in the rich Greek bourgeoisie of Constantinople and the main Mediterranean emporiums. Already in 1770, during the Russo-Turkish war, the whole Greece rose, supported by the tsarist fleet, but the revolt failed due to lack of efficient organization and the uncertainty of political objectives. 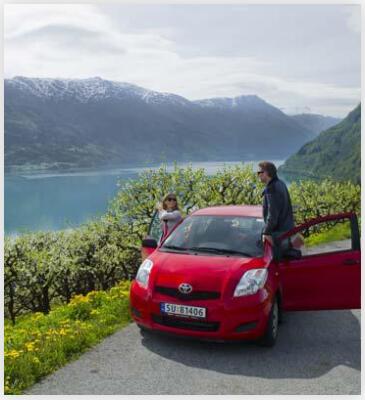