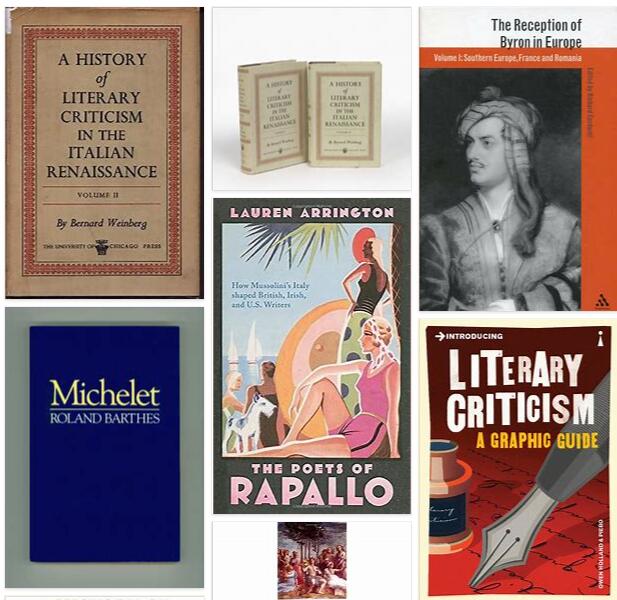 On the major critics of the nineteenth century (Ugo Foscolo, Francesco De Sanctis) and of the early twentieth century (Benedetto Croce, Luigi Russo), please refer to the specific items.

From the postwar period to today. The critical debate on Machiavellian work after World War II was initiated by a chronological exception: in 1949 Einaudi printed the volume containing the Notes on the Machiavelli, on politics and the modern state. Gramsci had written them, in 1932-1934, in critical dialogue with idealistic and actualistic interpretations (from Benedetto Croce to Luigi Russo, from Giovanni Gentile to Francesco Ercole); but his reflection on M. as the first classic of modern European political philosophy was open to reading just when, in Machiavellian studies, the season of a philologically-conscious investigation was opening up, capable of placing the work of the Secretary in his time and in his culture.

Exponents of this new line of research were, in Italy, Roberto Ridolfi (→) and Gennaro Sasso (→). Ridolfi is responsible not only for the Life of Niccolò Machiavelli (1954), but also the biographies of Girolamo Savonarola (1952) and Francesco Guicciardini (1960) who, together with the preparatory studies for a biography of Donato Giannotti (1929, 1931 and 1942)), redesign the Machiavellian aetas and put the points of reference in dialogue with each other in the political-institutional framework in which M. worked as a state official, as a theorist of political doctrines and as a historian and man of letters, without perceiving a solution of continuity between these roles.

In the 1958 research entitled Niccolò Machiavelli. History of his political thought, Sasso framed M.’s writings in the historical process that marked their genesis: he was thus able to distinguish in the Machiavellian path different and subsequent positions also regarding central themes such as the principality / republic relationship. Shortly after, Sasso offered a demonstration of the new exegetical line with the commentary on the Prince (1963). Resuming the ranks of that interpretative path in 1972, the scholar began a reflection on the margin of Machiavelli’s fifth centenary, noting that

if indeed Machiavelli had to be historicized and his thoughts resolved in the process of their birth and formation […] then the research had to be understood, first of all, as a rigorous history of formation and development, and new texts had to be studied, that for decades no one had read and studied anymore (p. 25).

The result of that approach was the identification of important gaps to be filled, such as a serious investigation into the classical culture of M. and a comment that, after the edition by Plinio Carli, illustrated the “historiographic quality, the documentary structure and finally the conceptual meaning of Machiavelli’s last masterpiece “(p. 35). Finally, Sasso’s work recalled, even with concrete examples, the necessary union between philology and exegesis. The investigation into the classical Machiavellian culture was then carried out by the same author with the four weighty volumes dedicated to Machiavelli and the ancients (1987-1997), where some of the major conceptual issues are resolved.

In the 1950s and 1960s, the studies of Fredi Chiappelli (1921-1990) showed the coexistence of two tensions in the Machiavellian page: a “technical drive” and an “affective” one. Particular attention was paid by Chiappelli to the writings of M. Chancellor, among other things by starting, in 1971, an edition of the Legations. Commissioners. Government writings (1971-1985) which gave new impetus to the study of the relationship between early political reflection in the years of vita activaand post res perditas political treatises. The literary analysis of the Prince’s structure appears anchored in Chiappelli’s linguistic reliefs and in the historical framework reconstructed by Sasso. by Giorgio Barberi Squarotti (1966): the author also examined private letters, studying M.’s relationship with ‘narrative occasions’, and the realistic causal links that support the construction of theatrical plots.

In 1964 Eugenio Garin (→) gave the Propyläen-Weltgeschichte a historical profile of Renaissance culture which included a concise, but significant Machiavellian chapter: the scholar moved from the only apparent opposition between two almost contemporary works, the Prince and the Cortegiano by Baldassarre Castiglione, to identify in Machiavellian thought “the interpenetration between [the] science of the state and the history of the ancient republics erected as archetypes and models of the life of all states”, and at the same time signaled how the political transformations in Italy in the early sixteenth century determined a meeting between ‘prince’ and ‘courtier’: «not being the new res publica still structured, the dialectic is not between res publica and civis, but between ‘prince’ and ‘courtier’ “(trad. it. 1987, pp. 87 and 91). The effort not to look at M. as an isolated and exceptional episode in the history of European culture, but to insert it in the current of thought to which it historically belonged, also contributed to the researches of Rodolfo De Mattei (→) on ‘pre-Bachiavellism’ and on development in the late sixteenth century and the seventeenth century of antimachiavellismo (also in the context of the counter-reformed culture).

A further contribution, intended to reconnect M. to the political and literary events of his time, came from Carlo Dionisotti (→), who in 1980 collected a collection of studies composed in the sixties and seventies (Machiavellerie). other, the Chapters, the environment of the Orti Oricellari, the question of language (and of the Discourse or dialogue around our language), the Florentine Histories and the relationship between the historian M. and Paolo Giovio, and he covered the Florentine events from the republic to the principality. In the autobiographical epilogue Dionisotti recalled the ideological-actualizing climate within which many Machiavellian researches had developed in the 1920s and 1930s and, on the other hand, the new historicist period of the postwar period, attentive to questions of philology, biography and chronology: a current of studies which took up the thread from Federico Chabod (→), «forerunner of the properly historical research on the life and work of Machiavelli» (Dionisotti 1980, p. 306).

The coexistence of these two different critical lines continues to be felt in the Sixties and Seventies, when some scholars return to reflect on M. Gramscian. In a book significantly titled Classi e stato in Machiavelli, Vitilio Masiello in 1971 began his investigation by retracing on the one hand the idealistic interpretations up to Luigi Russo (→), on the other hand the studies conducted on the Chabod-Sasso line and intended to reconstruct “the concrete historical-political experience of the Florentine secretary, his historical personality “(p. 33). The scholar identified in Gramsci an “organic” image of M., capable of merging the militant politician and the political theorist. Ugo Dotti also placed himself on the Gramscian interpretative line, studying in 1979 (and again in 2003) the emergence in the pages of M. of a new phenomenology of power and of a science of politics that revolutionized traditional ethical values ​​and founds his own reasons in the ends. To the important contribution of modernist historians such as Giuliano Procacci (→),

At the beginning of the seventies, Ezio Raimondi’s research (→), collected in the volume Politics and comedy, was born from the intention of putting literary criticism back into dialogue with the moving front of the human sciences . From Beroaldo to Machiavelli. The author was aware that “Machiavelli never makes the world forget about the book that should describe it, because his reasoning cannot ignore men and things” (Raimondi 1972, p. 14); moreover, those investigations better inserted M. into the living current of humanistic culture of which he was a part, that “common cultural system, especially in relation to writers such as Plautus, Lucretius and Apuleius”. The scholar also underlined the Machiavellian tendency to “translate culture into theatricality” (p. 9).

Still in the seventies Nino Borsellino edited a substantial Machiavellian chapter for Italian literature directed by Carlo Muscetta, reading M.’s activity in the light of the political crisis that Florence experienced during the republican regime following the expulsion of the Medici, in search of constitutional solutions all turned out to be unable to redeem a ‘corrupt city’. Borsellino also devotes a careful look to the Machiavellian theater.

Sasso’s invitation to pay more systematic attention to the historiography of M., in relation to his models, looking, on the one hand, at the fifteenth-century treatises and, on the other, at the new historiographic procedures that originated precisely from the political reflection of M., was collected at the end of the seventies by Gian Mario Anselmi, with an investigation on the Florentine histories which also addressed the rhetorical models of the work. In 1985 Anna Maria Cabrini was studying the sources of the second book of the Histories, dedicated to the events of the city until the defeat of the magnate class, and in 1990 he repeated the exercise for the third book. In 1987 Barberi Squarotti brought together a collection of Machiavellian studies, returning to the literary curriculum of the Secretary and highlighting in the Art of War structures of thought similar to that of the Prince.

After the contributions dedicated in the seventies to the Machiavellian theater, also in the framework of the Italian comedy of the Renaissance period, Giulio Ferroni in Machiavelli, or of uncertainty (2003) studied political treatises, noting the impossibility of inscribing M.’s work within predetermined ideological parameters: “Machiavelli’s knowledge does not want to present itself as an advance […] but as a verification of real conditions and necessary behaviors “. And he continued: “Machiavelli gives this ‘practical’ knowledge a literary legitimacy, drags it into the space of writing”. Ferroni noted in this regard that one of the fundamental tools of this operation resides in the comic, in the literary codes of a popular-realistic type, well attested in the Tuscan tradition: «Machiavelli is all immersed in that ‘comic’ tradition; from it his language receives its strength and vitality “(pp. 18-20). Significant space was also given to the “Niccolò smile” in the biographical study of the same name by Maurizio Viroli (1998). Among the overall profiles dedicated to M., the Introduction to Machiavelli (1999) by Emanuele Cutinelli-Rendina: appeared in a laterziana series dedicated to the ‘philosophers’, it offers a complete picture, also for the years of the secretariat, of the fundamental themes in political and historical works and a substantial chapter in the history of criticism.

Lastly (2006) came from Giorgio Inglese, to whom critical editions and comments of all the great Machiavellian works are made, an overall investigation on the intertwining of thought and the art of prose in the work of M., based on the double track that supports the Dedication of the Prince: the “long experience of modern things” and the “continuous lesson of the ancients”, that is, the art of the state and the knowledge of histories. On this English system he not only examines the genesis and structure of the major political works, but recalls the pages of criticism of political reason in the writings composed during the years in the chancellery, the other forms of virtue emerging from the theatrical and literary experience, and conclusively projects on the – Machiavellian work Guicciardini’s retrospective gaze, reader of the Discorsi.